From the point of view of the international law this conflict represents a classical example of a deep and a difficult to solve contradiction between two fundamental principles: from one side – the right of every people to self-determine its own status and from the other side – the principle of territorial entity of the countries, in accordance to which there can be a change of the borders only through a peaceful way and with the agreement of both sides.

In this short conception the problem will not be looked from the point of view of its historical roots and its escalation within the years. These moments have been observed, analysed and exhibited numerous times, as by many researchers as well as in over ten publications of the author. The achievements of both countries and the world community will not be underlined since for more than 15 years already they are non-existent (with the important exception that from May 1994, all four-year-old violent military operations have been stopped although Armenia and Azerbaijan continue “de iure” to be in a state of a war).

The author`s individual perspectives on the further advantageous development of the process of resolving the conflict will be presented in this paper (as action specific suggestions: what should be done and mostly – what should not be even considered when dealing with the question):

1. Based on the fact that the conflict started more than 87 years ago predominantly as territorial separatist claims with the creation of the first independent republics of Armenians and Azeri in 1918 (not so much as religious contradiction or an aspiration towards a social and cultural autonomy). In this connection, so far there are included mainly historical arguments about Armenian or Azeri “primordiality” of the “Mountainous Black Garden” (or in Russian–Turkish: “Nagorno-Karabakh”). This does not lead to anything positive – only to never ending and unsuccessful tirades on some scientific subjects. This way of persuading is petty, even ridiculous – these are events from many years ago. Even the question is not really about national mentality, both peoples look alike so much in their way of life and social position, even in the way they look. Until 1990, in the conditions of the Soviet dictatorship, it was not possible to have any historical or territorial pretence – Socialist Motherland was common . After that however, it turned out that not only nothing is forbidden from the recent past but also distant historical insults are remembered. From that the tension begins with a new power. That's why, the “tomahawk” of history has to be buried (this is what happened to other Azerbaijani enclave Nakhichevan, also a historical Armenian territory, but subsequently with Azeri population – at the moment there are no more arguments and claims to it). There have to be always sensible versions in the contemporary reality. The involvement of purely historical arguments from the recent or the distant past should not be allowed in solving the conflict!

2. The main argument towards the approach in and after the negotiations: how to be actions with certain functions of the resolving of the crisis – packaged and graduated , did not have any result. Obviously there have to be accepted other variations as well that are easier to bend. Due to that certain resistance to the harder position of one or the other approach, the president Ter-Petrossian is no longer here and Aliyev Sr. was accused of being a national traitor (the insistence of wide political circles in their own countries). In the end there was no effect. The condition of consistency of the actions in pacifying the conflict should not be put in advance as bait for a successful outcome of the negotiations!

3. The tightening of the conflict widely depends on the peculiarities of the national Armenian and Azeri character. It was already emphasized that in certain aspects they resemble each other therefore the arguments are even worse. It has to be acknowledged, however, that the Armenians are more aggressive and more unlikely to compromise. In fact, the present Karabakh “status quo” is entirely in Armenia`s advantage and it is controlled by that country. This is as a result of the practically won military operations between 1990 and 1994 (not the entire war or cause, however). The victims of those war acts are twice as many on the Azerbaijani side. That is why , the Armenians (both in the actual country and the enclave) are negotiating from the position of the winners. It has to be clear to the participants in the pacification of the conflict that all the calls for the status of Nagorno-Karabakh such as “a common state with Azerbaijan”, “economic or judicial and state separation of Armenia” and others, offering non-Armenian passports for the Armenians in the enclave (over 90% of the population), are doomed to fail. The cause for territorial independence of Nagorno-Karabakh and the subsequent collision with Armenia is non-transitory and the Armenian people are fighting for it with an amazing persistency in their own country and throughout the whole world (another bright example for that is the acknowledgment of the Turkish genocide, the battle there has not stopped for the past 90 years). It is possible to negotiate: for a certain spread of the territory of the Karabakh Shaumian region (under the control of Azerbaijan), to legalize the status of the Lachin corridor, for complete freedom of the occupied territories that are “purely Azeri ” , for the creation of the corridor “Azerbaijan–Nakhichevan” (under the rule of UN or another international organization), etc. However, in order for the negotiations to work, all the variants have to include a “state” relation between Armenia and Nagorno-Karabakh!

4. During the last 14 years of independence all the government institutions in Armenia and Azerbaijan have been shamelessly exploiting the “Karabakh card” with political ideas. It has become vital for the excuses of all unpopular actions and the lack of such coming from both of the governing countries. Even the desires to discuss a compromise coming from some wise citizens of high rank have been punished severely. The international organizations and communities that are sincerely concerned, have to be able to use the right methods (judicial, financially-economic, social, etc.) of the governing circles of Armenia and Azerbaijan – not to use their media campaigns and appearances in a negative, definite and populist way together with the rational compromising propositions to settle the conflict! (It would not be an intervention into the internal affairs of the sovereign states, because it concerns the international relations and the achievement of a p eaceful settlement from the geopolitical aspect).

5. The mistrust between both countries is still very high. Every proposal coming from Yerevan or Baku is evaluated by the opposite side as a provocation and is undoubtedly refuted (with a following accusation of the offering country in unconstructiveness). So far obviously, the hope for a more serious development of the process is in the hands of the external authoritat ive powers. The Organization for Security and Cooperation in Europe (OSCE) and its Minsk Group with its three Co-Chairmen (from the USA, Russia and France) have worked actively, to the point and effectively only to prevent new military operations. They have not, however, managed to influence the reaching of some progress and tangible results in the negotiations concerning the conflict. The frequent changes in their representatives (as well as the main participants from Armenia and Azerbaijan, related to the current state administration) lead not only to slowing the process of the negotiations but sometimes even to backing from an already “won” move. That is why, it is wise to engage in the conflict a certain country-mediator with power and without any negative historical connotation in either of the republics (in no way those countries could be Russia or Turkey which already have plenty of “contribution” to the condition of the conflict ) . Those could be Poland, Romania or Bulgaria (with equally important Diasporas of both ethnic groups ). Without being accused of prejudice because of his own nationality, the author would define Bulgaria as the most appropriate country (the arguments are numerous, they could be examined but it would not be appropriate at this point).This has actually been an ancient idea of the former President of the

Republic of Bulgaria – Peter Stoyanov. It was taken up by Solomon Passy who was until recently (Sommer 2005) a Bulgarian Minister of Foreign Affairs (now: a Chairperson of the Foreign Policy Committee of the 40 th Bulgarian National Assembly). I n September 2004 on Minister Passy's initiative ( as a rotary OSCE Chairman-in-Office) there was already a mission in the region conducted by his personal representative of the conflict, the former Bulgarian Prime Minister Philip Dimitrov – unfortunately without any public information about this mission . Bulgaria is in condition to allocate a constant representative in Yerevan and Baku (naturally, by consent of both governments) who can, without being institutionally related to other international organizations, co-ordinate continually the actions and the current offers coming from both countries. The Bulgarian Embassies in both capitals can be asked to represent the interests (diplomatic, economic, cultural, etc.) of the other side (in Yereven – of Azerbaijan and in Baku – of Armenia)! This non-standard situation is unique because the sympathies for Bulgaria in both Republics are great and if our country with its beneficial actions achieves eventual successes on the occasion of cutting (even partially) the South Caucasian “Gordian knot” in Nagorno-Karabakh, it can gain an unprecedented authority as an interenational peacemaker. 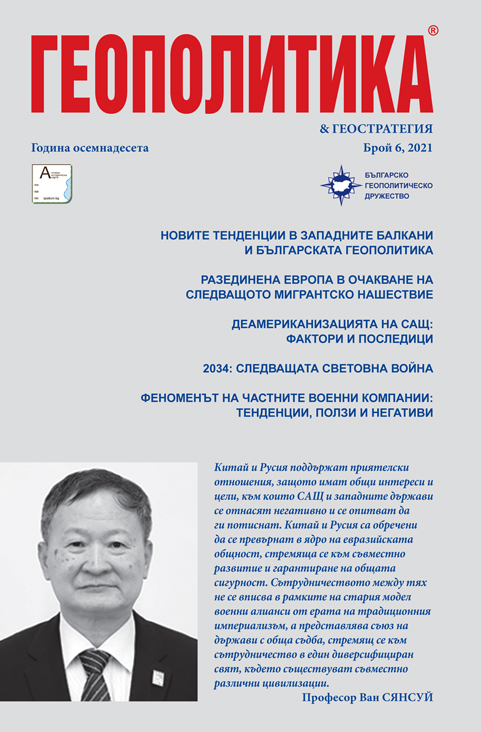